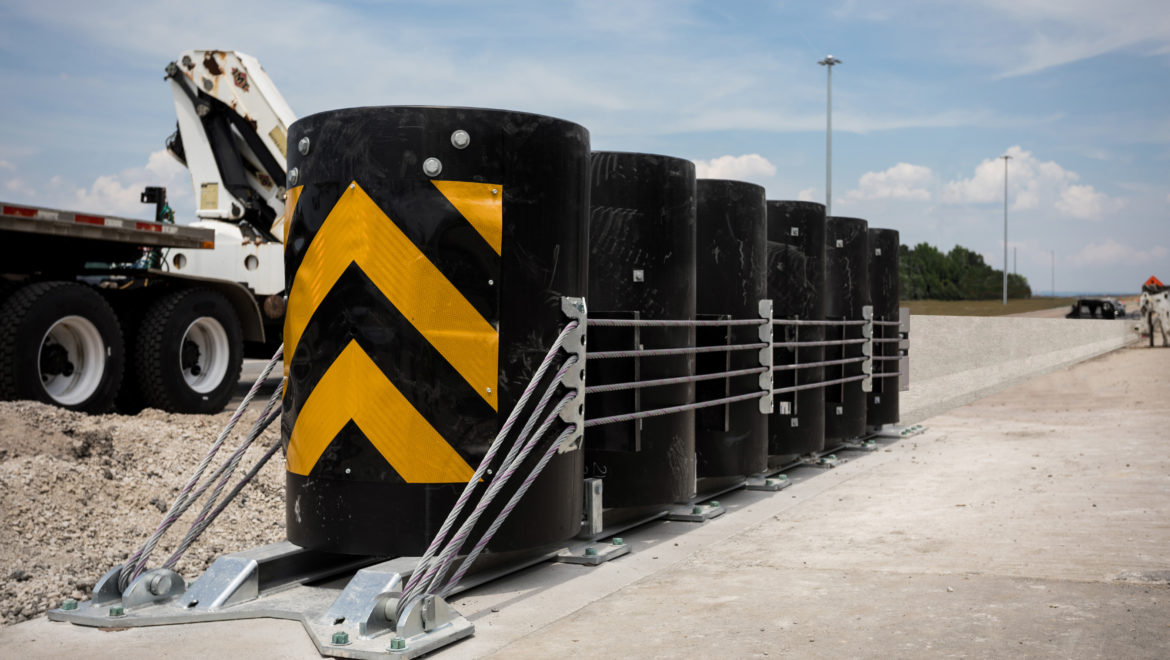 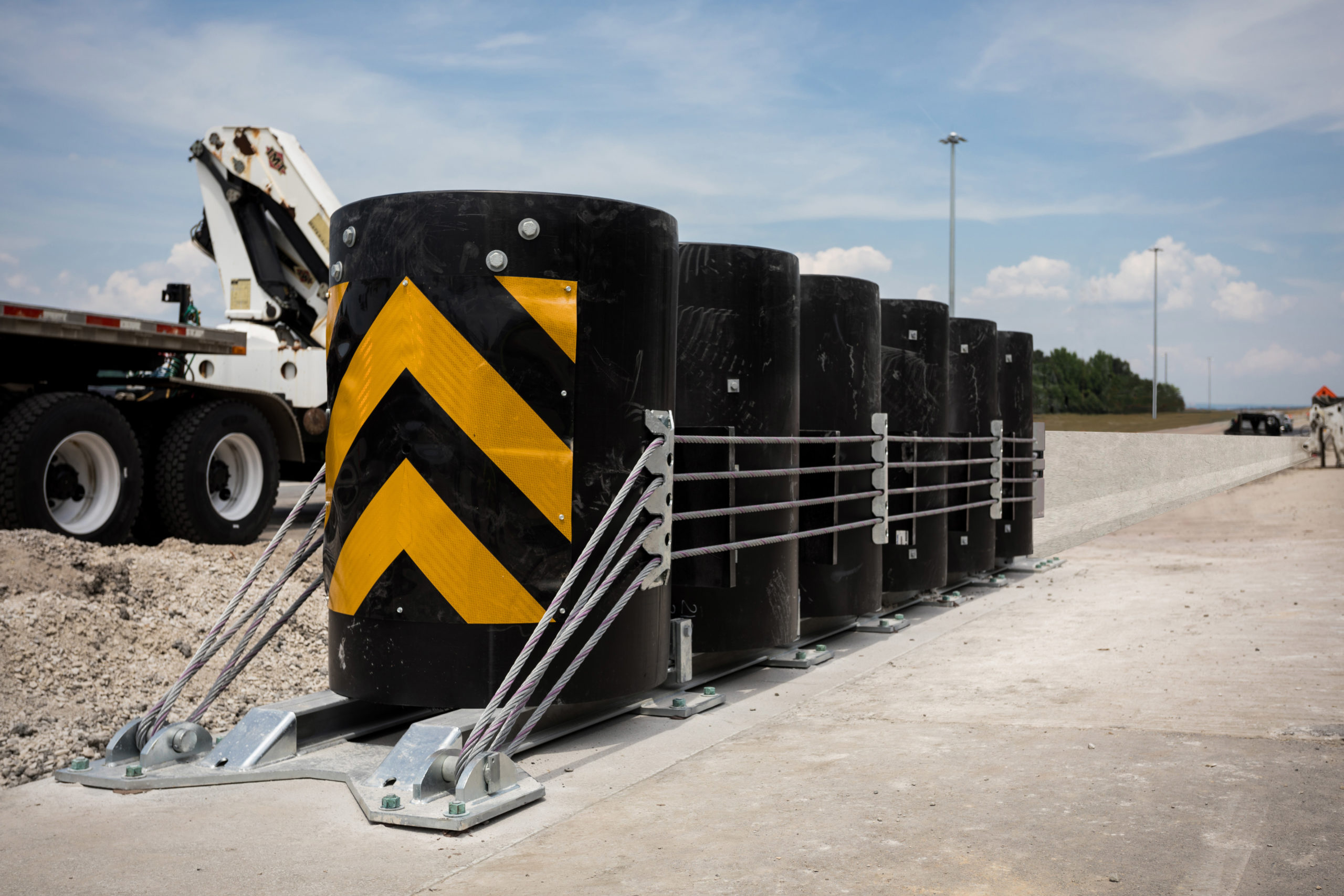 As Tennessee DOT widens and modifies 1-75, including ramps to 1-24, the REACT™ M System was added as an additional safety feature.

The National Safety Council reports that roadway deaths increased during 2020 even though the number of miles driven decreased. Departments of transportation are looking for ways to reverse these numbers for 2021 and beyond.

The Tennessee Dept. of Transportation (TDOT) is in the midst of a design-build interchange modification on I-75 at I-24 under the direction of general contractor C.W. Matthews Contracting Co. The REACT™ M system, which recently received Federal Highway Administration (FHWA) eligibility, was selected by TDOT to bring an added layer of safety to the project. Site-Safe, LLC distributed and oversaw the installation of the REACT M in March.

The REACT M is a redirective, non-gating crash cushion that consists of six high-density polyethylene cylinders per unit attached to a steel backup and base-track assembly. It is tested to MASH 16 Test Level 3. The REACT M includes a self-contained backup structure that is designed to resist movement during head-on and side impacts and can protect hazards up to 30-in. wide. The system has shown self-restoring characteristics when impacted within MASH 16 crash test standards.

C. David Rich, president of Site-Safe located in Leitchfield, Ky., says, “The first version of the REACT (REACT 350) was invented at Vanderbilt University in Nashville and accepted by FHWA, both in 1995. It is only fitting that the latest version of the REACT (REACT M) had its first install in Tennessee, the state where it all started. With the recent FHWA eligibility, we now expect to see many more REACT M installations in both permanent and work-zone applications throughout the U.S.”

You can find out more about which cookies we are using or switch them off in settings.

This website uses cookies so that we can provide you with the best user experience possible. Cookie information is stored in your browser and performs functions such as recognising you when you return to our website and helping our team to understand which sections of the website you find most interesting and useful.

Strictly Necessary Cookie should be enabled at all times so that we can save your preferences for cookie settings.

If you disable this cookie, we will not be able to save your preferences. This means that every time you visit this website you will need to enable or disable cookies again.